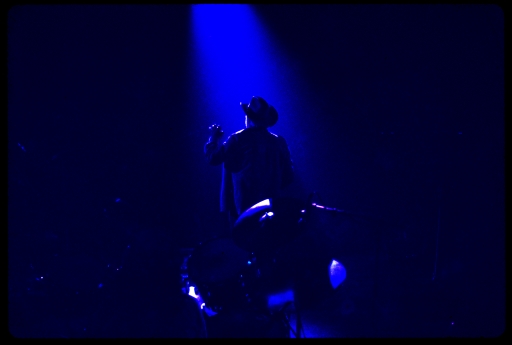 Hondo Crouch, legendary founder of mythical Lukenbach, TX, (the State of Mind based in a tiny hamlet in Hill Country) and bon-vivant extraordinaire (he’d hate that sobriquet) recited his poem “Lukenbach Moon” during intermission at a Jerry Jeff Walker concert at Austin Municipal Auditorium right before Christmas 1975.. This is one of those images that successfully conveys an experience–the Prime Directive of Photography. Hondo was a wonderful storyteller, probably the best I’ve ever heard. He could put you right There, wherever There was. A great photograph does the same thing, only for the eyes and not the ears. Both cater to the imagination. Hondo’s business card stated simply: “Hondo Crouch–Imagineer”. Secretly, I’ve been stockpiling images and honing technique attempting to maybe, someday, deserve the same title.