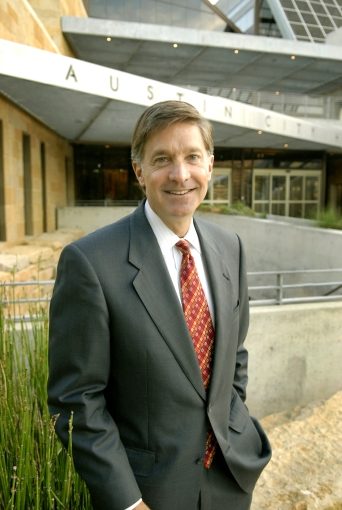 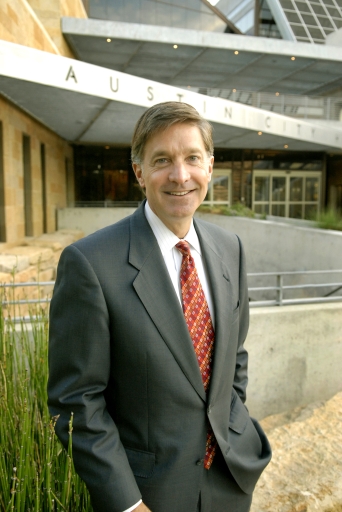 I was hired to shoot our Mayor yesterday, and here’s the resulting shot. It was done about 10 minutes after sunrise, so there’s no direct light (the low sun is hiding behind adjacent buildings). I found a spot at City Hall where all of the diagonals seemed to tumble down through the shot. Once I broke up his body language by putting his hand in his pocket, I had a clean flow of energy from top to bottom, interrupted only by the oval of his face. I like the way the V in the building’s top is repeated in his jacket. I really like the foreground elements of soft greenery and stone. He’s a nice guy, and he warmed right up when I told him that this was the last shot… The shot places him as an integral part of a powerful piece of architecture. Anyway, yesterday all of the elements came together into a nice portrait.