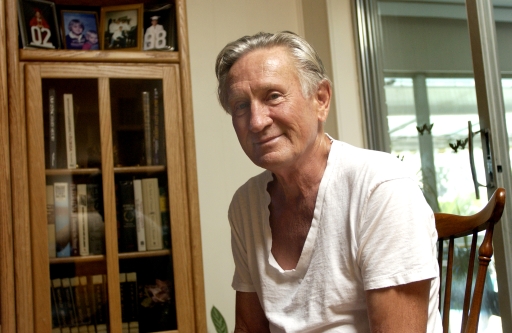 As I write this, it’s Veteran’s Day, 11/11/2006. This is a shot of my Dad, taken a few years ago at his home in Tampa, Florida where he still lives with my Mom, Earlene. My Dad was a fighter pilot in the Army Air Corps, and then the US Air Force, from 1943 until 1971, when he retired as a squadron commander. He’s a tenth generation American (Richard Newton 1638), with direct ancestors who fought in every American conflict including The Revolutionary War (Ebenezer Newton 1741-1814). He’s also a survivor, one of the last of his compatriots standing. I consider him to be the Cream of The Greatest Generation, and, according to many of his fellow pilots, “The best damn fighter pilot in the whole damn Air Force!” I’m proud of him, and his service, and would like to salute him on this Day of Remembrance. Thanks, Dad.