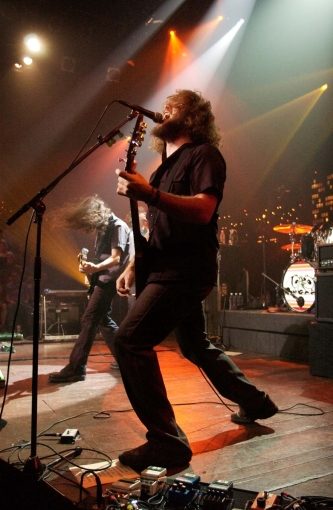 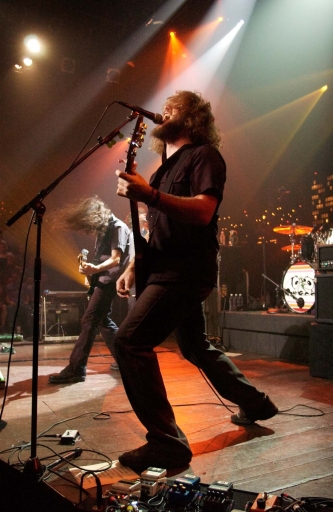 This band is great. We see the best of American (and more!) live acts at Austin City Limits; these guys are as good as anyone….They appeared this currently showing season (season 34), but I like this shot from their hair-throwing-around stage of season 31. You may have seen them then–they had this amazing ability to shake their heads constantly, while they were playing and singing, keeping their long copious locks in a constant blur all around their heads, and in their faces. It was quite an image. Very rock-ish. It would have been silly, but they’re just sooooo good. (And now they’ve stopped that distracting hair thing). Keep your eyes open for Jim James, MMJ’s lead singer….he’s really different, unique, and special.