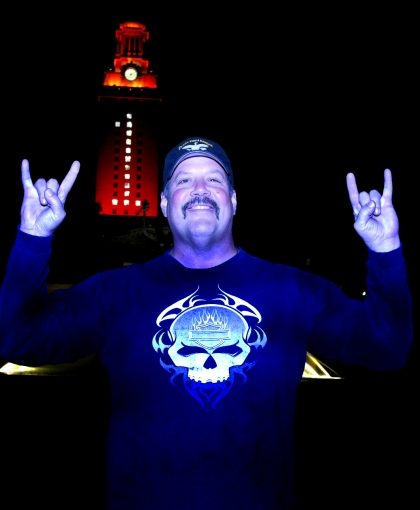 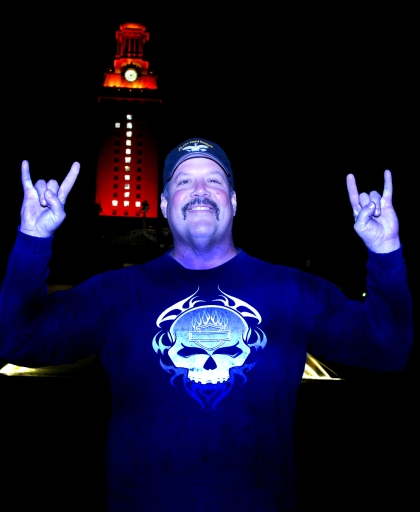 I’d be remiss if I didn’t take note of the Orangeblood frenzy / mania sweeping the city and, hell, even the state. UT finally won the National Championship in major college football. After a proverbial 40 years spent wandering the desert of secondary status, (actually only 37 years, since 1969) Austin, and the University she hosts, finally feels Supreme in something she considers Truly Significant. . And what a game it was!!! Victory, at last. (Exult today, for tomorrow we lose Vince…) This is my friend, Scott Zubin, known fondly, and otherwise, as Zoob (and portrayed here as Blue Zoob). Zoob owns the Texas Chili Parlor, my fovorite bar. Four days after the Rose Bowl victory, we went down to Littlefield Fountain to make OUR personal memento, and at least a thousand other Austinites were trying to do the same exact thing…. I don’t have Vince Young here to show you, you’ll see enough of him for yourself in the future. He’s going to be the Michael Jordon of Pro Football. Mark my words.